Today, I’d like to tell you a little bit about me and what inspires the stories I write.

I was born in a city not much bigger than a small town. Port Elizabeth is in the Eastern Cape, a small province on the southern tip of Africa. From an early age, I had a fascination for Australia. It might have had something to do with my crush on Skippy the Bush Kangaroo! As soon as I was old enough, I ransacked my Aunty Marita’s bookshelves in search of Mills & Boon romances set in Australia, and that’s when I fell in love with stories set in the outback. It took a few more years before I travelled to the land of my dreams. I’ve lived here for over twenty years now, absorbing the wonders of this beautiful land, loving the characters, humor and mateship, and writing stories about them.

When I wrote my first romantic suspense story in the back of my mathematics exercise book way back when I was sixteen, I never dreamt it would ever be published. It took three decades to get there, but in 2012 my dream became a reality with the Under the Law series from Harlequin’s Escape Publishing.  Set in the semi-rural foothills of Perth, three young boys, caught up in a gang crime, bring together families and lovers in a fight for freedom in Under the Law. The girl who wants to save them, a detective fighting to stamp out gang-related crime, and the link to a crime boss’ widow they weren’t expecting.

Then I drew on my experiences from back in 2010 when I was working in Quality Assurance and Safety and travelling to the small town of Boddington. I was inspired to start another series set in rural Western Australia. Secrets abound in the small Western Australian farming community of Wongan Creek. Old secrets resurface and new ones come to town, drawing the community together as gold fever threatens to tear their town apart. Book 3, Shadows Over Wongan Creek, is out now.

Now, while my roots are in Africa and I still call Australia home (Yes, sing along, you know you want to 😉), I left a piece of my heart on Pier 33 in San Francisco ten years ago. Having been around cars most of my life, I have a deep-seated passion for V8 Supercars and NASCAR racing. Cars have featured in most of my books, including the Bindarra Creek Romance series, but I had this itch to write a real racing story. Inspired by my favourite TV shows like Counting Cars and Full Customs Garage, and with a big-little nudge from a friend, I submitted a proposal to Tule Publishing. And so Calhoun Customs Garage was born. Ex Nascar race king, Marty Calhoun, has built a legacy for his family, and now it’s time to round them up and bring them home to claim it.  Each of his five children have hearts in need of overhauling. They all have hard lessons to learn. The one thing Marty wants most is to see his children find happiness and love at Calhoun Customs Garage.

So, as you can tell from the above, I have a mind like V8 engine. Too many moving parts, moving all at once 😊 Perhaps my craziest idea yet was to write a fantasy/paranormal about Greek gods coming back to life in the 21st century. The quiet suburb of Oakleigh may never be the same again. Not while the gods are in town. From the shores of Mykonos to Melbourne Australia, The Gods of Oakleigh find that sometimes in life or death true love is worth fighting for. While it wasn’t an all-time best seller, readers did love Zeus’s antics and the harpies going through a manga phase. They want more of The Gods of Oakleigh and I’m waiting for those darn gods to begin misbehaving again so that I may write Odysseus’s story.

Thank you for sharing my inspirations and experiences today. If you would like to interact with me on social media, I’m pretty much everywhere and I’d love to hear from you.

Selected by Feedspot as a Top 25 Australian Book Blog 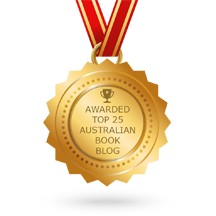 Here is the wrap-up of ARRA’s 2019 A Romantic Rendezvous. For those who missed it, the event was a national success enjoyed by all.  Read more via ARR2019: wrap-up